Network Trouble in the world of VMWare

In the midst of all my testing and what not, the network goes down all the time in my various VM’s. Being lazy, I couldn’t stand having to manually restart the network every time I changed something. Last week when I was in Austin jcran showed me the value of keyboard shortcuts in Linux. Because I couldn’t be bothered to even click a button to open a terminal, he showed me how he mapped it to Alt-F3, which is awesome. After that I thought it couldn’t be that hard to restart the network with the same idea.

First off, I wrote a little script:

I knew the pesky terminal command I needed to run was:

So instead of having to open a terminal to do this every time, I now had a script to do it for me. I saved this script as network_restart.sh to my /home directory.

Next I went to my keyboard shortcuts: 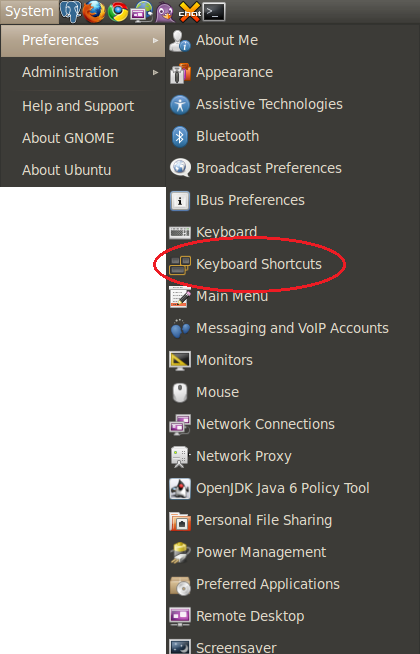 From here, I created a new shortcut.

I made the name of my shortcut network_restart.

For the shortcut link, I put:

Now that I had my shortcut saved, I clicked on where it says “disabled” and typed:

Now my script was mapped to the Ctrl Alt Home shortcut. You can map it to whatever you want, just make sure it isn’t already mapped to something else.